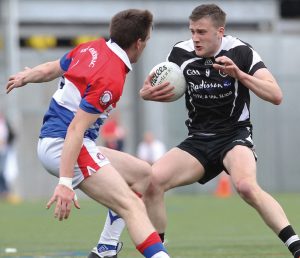 New York vs Sligo.  Attention all fans of Gaelic games!  The GAC will sponsor a bus trip to Gaelic Park, Bronx, NY, leaving the Club at 1:30 pm on Sunday May 7th for the first match of the 2017 Connacht Senior Gaelic Football Championship as the New York GAA take on Sligo (travelling out from Ireland).  Last year, New York threw a major scare into Roscommon in a thriller that will go down in the history of NY GAA.  Justin O’Halloran, Co. Cavan native and longtime Stamford resident, will once again take charge of the New York team as they face off against rivals from Connacht.   Throw in is at 4pm & the bus will leave one hour following the final whistle.  The cost of the bus is: Adults $20, Students and Senior citizens, no charge.  Cost of admission to the match is separate and must be paid at the gate. To reserve your seat on the bus, please email gaelicparkbusgac@gmail.com